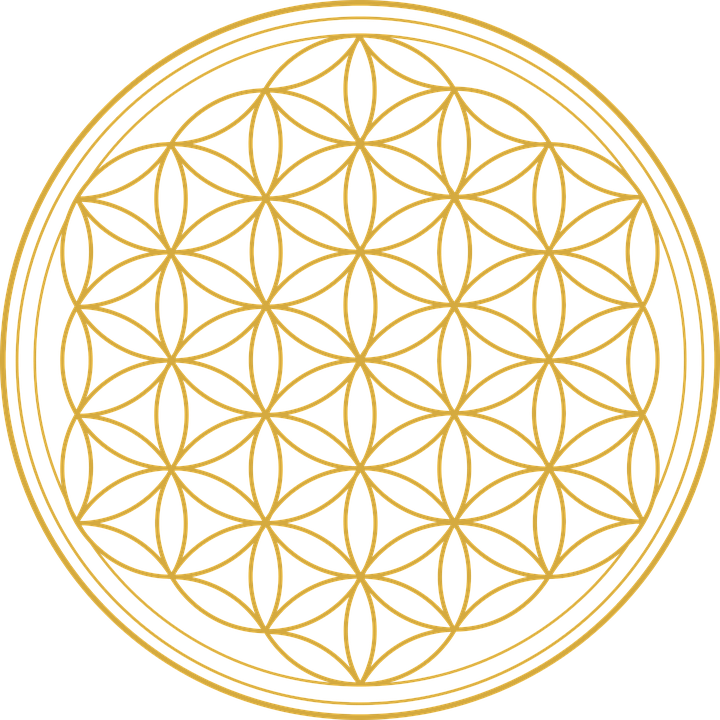 An overlapping circles grid is a geometric pattern of repeating, overlapping circles of equal radii in two-dimensional space. Commonly, designs are based on circles centered on triangles (with the simple, two circle form named vesica piscis) or on the square lattice pattern of points. Patterns of seven overlapping circles appear in historical artefacts from the 7th century BC onwards; they become a frequently used ornament in the Roman Empire period, and survive into medieval artistic traditions both in Islamic art (girih decorations) and in Gothic art. The name “Flower of Life” is given to the overlapping circles pattern in New Age publications. Of special interest is the six petal rosette derived from the “seven overlapping circles” pattern, also known as “Sun of the Alps” from its frequent use in alpine folk art in the 17th and 18th century.
.
.
OM 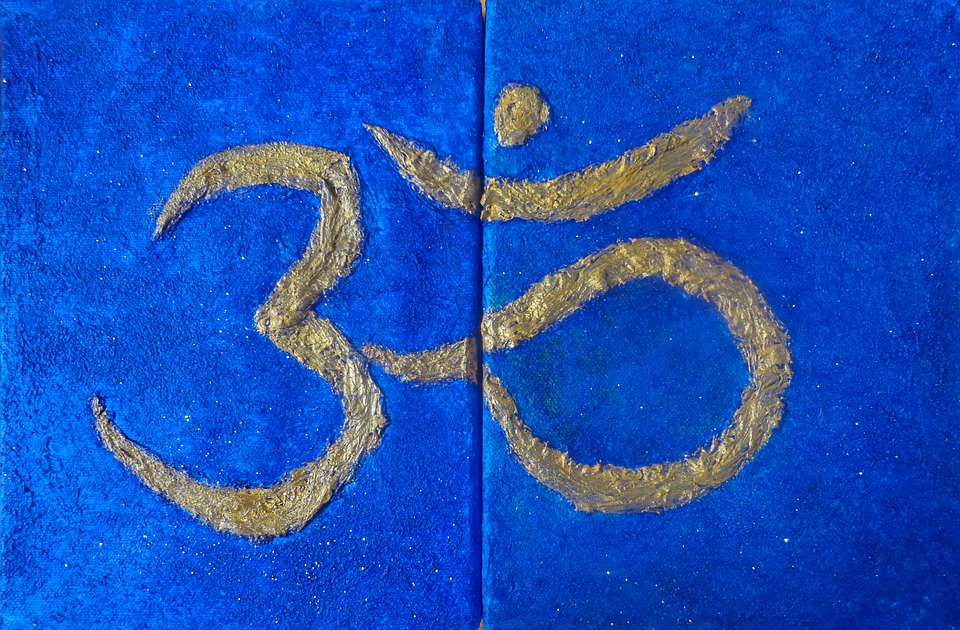 In Hinduism, Om (or Aum) is a Hundu sacred sound that is considered the greatest of all mantras. Om mystically embodies the essence of the entire universe; a meaning deepened by the philisophical belief that Brahman/God first created sound and the universe arose from it. The sacred sound, Om, is the root of the universe and everthing that exists, and it continues to hold everything together. In Buddhism, Om is spoken of as the primordial sound, the sound of sounds. The sound that is within both silence and noise.
.
.
Merkaba
Merkaba, also spelled Merkabah, translates literally to light, spirit, body. The Merkaba Symbol is a shape made of 2 intersecting tetrahedrons that spin in opposite directions, creating a 3-dimensional energy field. The merkaba is said to provide protection and transport your consciousness to higher dimensions.
.
.
Sri Yantra 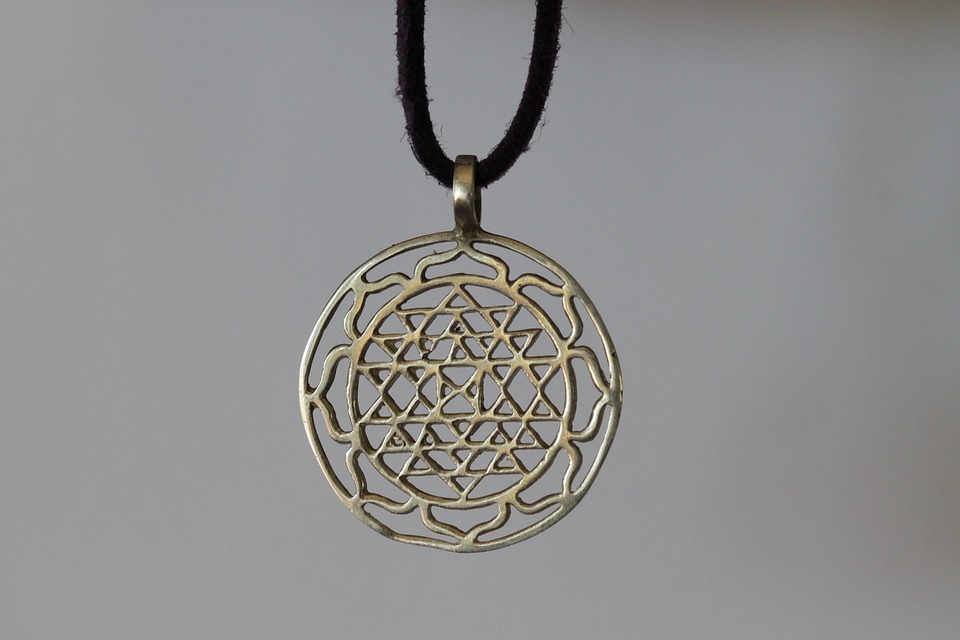 The Sri Yantra or Sri Chakra is a form of mystical diagram (yantra) used in the Shri Vidya school of Hindu tantra. It consists of nine interlocking triangles that surround a central point known as a bindu. These triangles represent the cosmos and the human body. Because of its nine triangles, Sri Yantra is also known as the Navayoni Chakra. When the two-dimensional Sri Yantra is represented in three dimensions, it is called a Maha Meru. Mount Meru derives its name from this shape. In addition to Mount Meru, all other yantras derive from the Sri Yantra.
.
.
Tree of Life 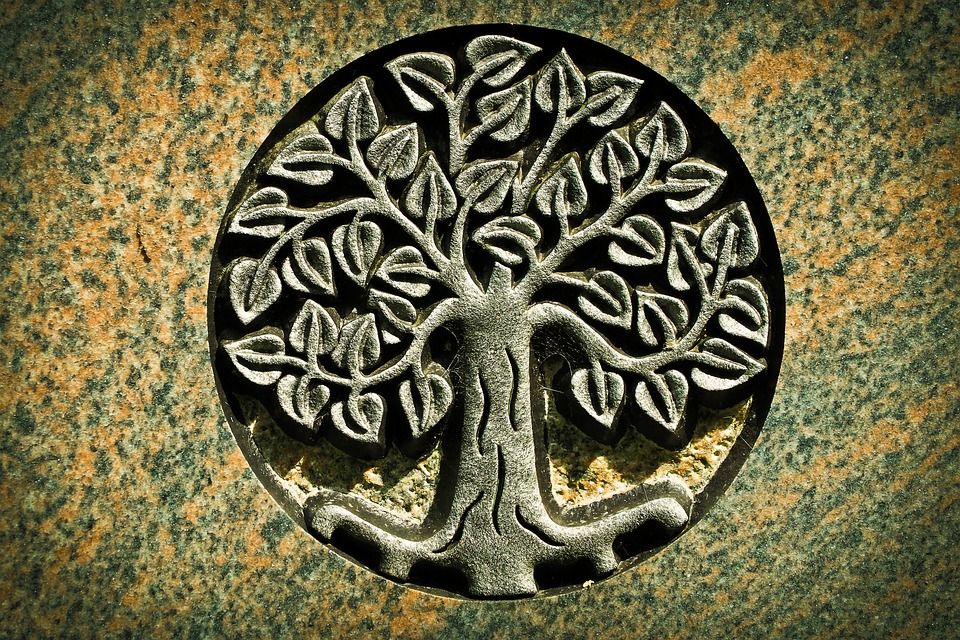 The tree of life is a widespread myth (mytheme) or archetype in the world’s mythologies, related to the concept of sacred tree more generally, and hence in religious and philosophical tradition. The tree of knowledge, connecting to heaven and the underworld, and the tree of life, connecting all forms of creation, are both forms of the world tree or cosmic tree, and are portrayed in various religions and philosophies as the same tree.